A number of effects that were built for FLUX:FX were based on the same wave shaping algorithm. After finishing FLUX:FX we decided to elaborate further on this algorithm and make a dedicated wave shaper app, called Flection. It offers a wide range of adjustable shaping functions, pre-EQ and four times oversampling (effectively processing at a sample rate of 176.400 Hz) to reduce aliasing effects. Similar to UltraPhaser it has a number of beautiful and unique interactive realtime audio visualizers, including the I/O histogram, I/O waveform & spectrum and difference waveform & spectrum. To top it off, Flection not only offers this once, but 4 times, allowing you to morph between 4 different shaping configurations. 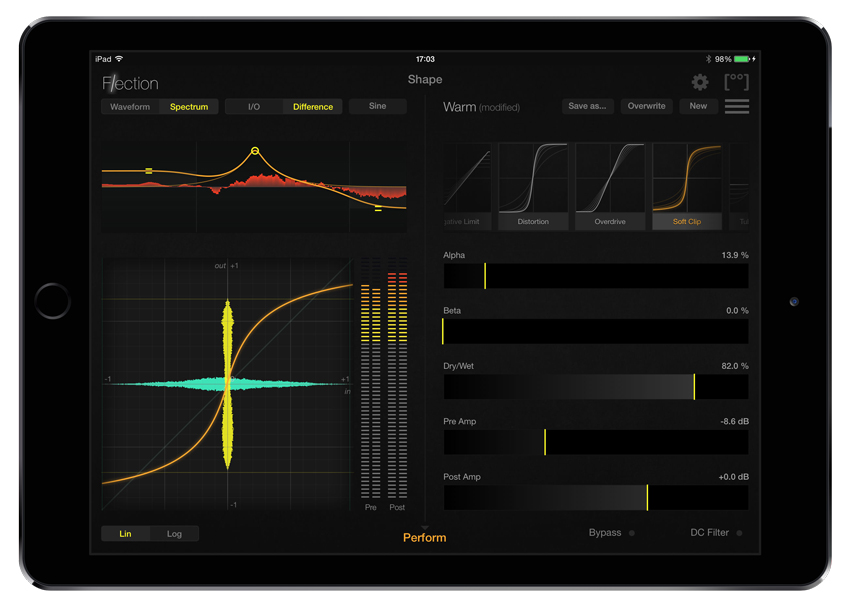 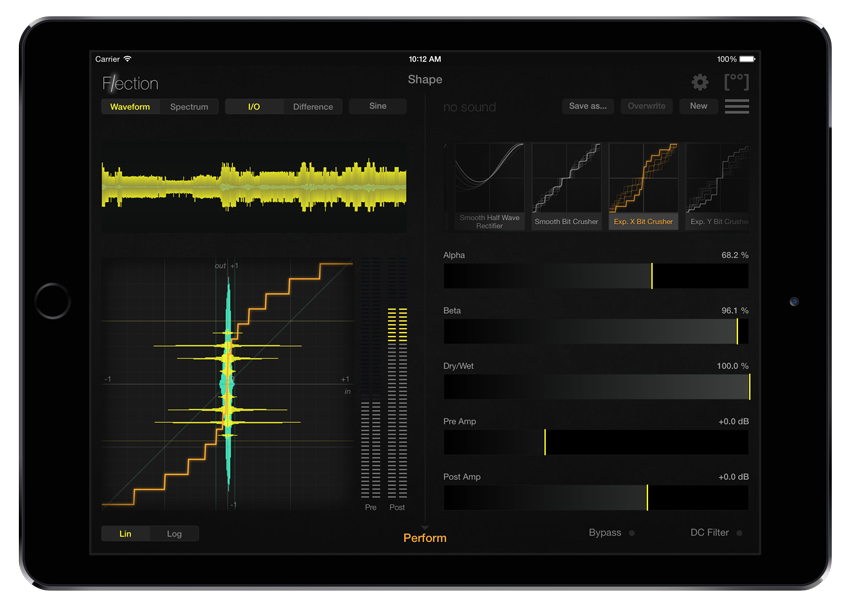 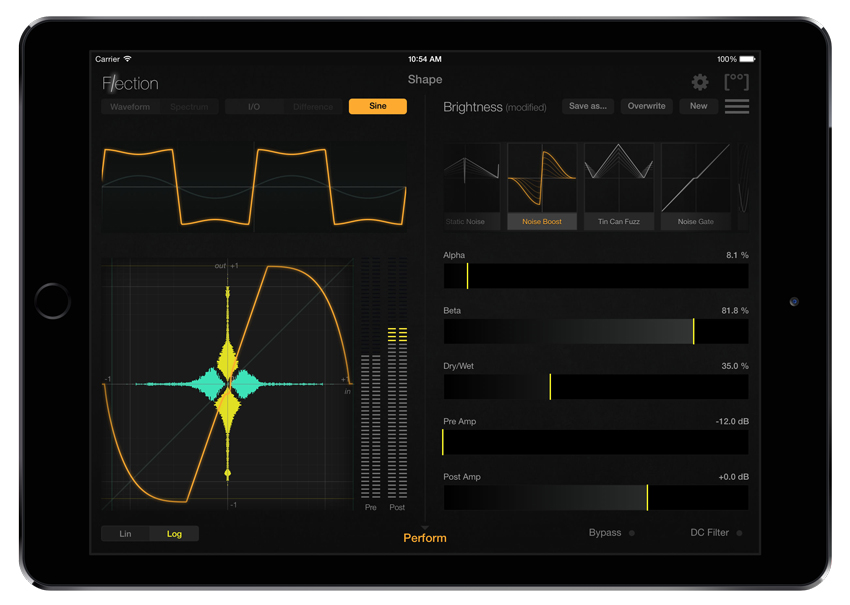 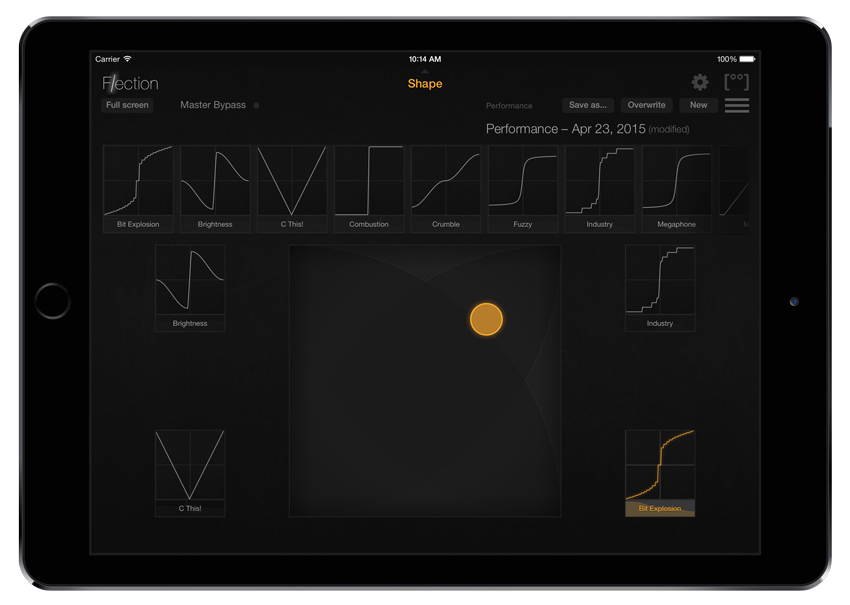